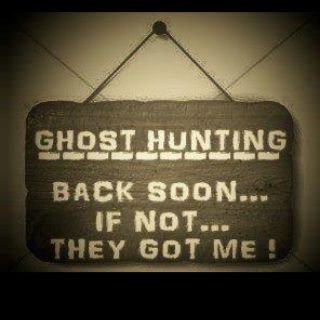 Hi, folks! It’s been a while since we posted a blog entry – it’s been a little busy here at Pony Tails – we are still in full swing and haven’t slowed down this fall like we have in the past. We are not complaining though – seeing so many of our customers coming in over and over has been fun. While preparing for the holiday season and working on 2018 planning, we decided to embark on a little thing called a paranormal investigation. Kinda like you see on TV – if you ever watched Paranormal State or Ghost Hunters. We were excited, intrigued and maybe just a little bit afraid of what we would find.

We invited a group called Delmarva Spirit Hunters to come in and investigate one night after we closed. So on a Saturday night in October, we hustled the last of our customers out and they started setting up 15 cameras, audio recorders, spirit boxes and other ghost hunting equipment all around the 10,000 square feet of the shop – inside and out. While they were doing that, our curious staff members gathered in the middle of the store and then moved behind the candy counter to get out of the way while waiting for everything to begin. We all held some dowsing rods and freaked out a little when they worked. The leader of our merry band of spooky sleuths came downstairs to tell us what would be taking place and how we would start. We all knew the rules (#1 rule – do NOT freak out, scream and/or run away) and were ready to get underway. In order to do that, we had to go dark. As in, turn off all the lights dark. Shudder.

We were to start upstairs, in the middle of the store. With the help of our cell phone flashlights, and the LED ones we sell at the shop (great buy!!) we found our way, and all sat down on the floor, not knowing what to expect, but hoping that whatever happened wouldn’t be too freaky. We asked questions. Sometimes we got an answer through the spirit box/EVP thing; sometimes, we got silence. Some of us detected temperature changes that were then verified by a thermometer, some of us felt emotional, weighed down, sad, or heavy. We saw something move toward a rafter door and some sensors were relocated to capture readings. We asked more questions. We could hear something going on downstairs – and no one was down there. So one of the investigators went to see what was happening, and as he was leaving, the voice from the translator thing (no idea what the techie term is for it) said, very plainly, “ha ha. chase.”  From then on, if someone left the area, it was “haha. bye.” or “haha. leave.”  We went downstairs, upstairs, in the warehouse, outside to the creepy tree, back in the stockroom, into the rafters… everywhere. We asked how many of them were here. The answer? “Many.”

It was like a giant game of tag with someone wearing an invisibility cloak like Harry Potter’s. This leads us to believe that there is a spirit of a little boy here. He’s mischievous, likes to play and tease. This certainly would explain some of the random things we find all over the store. Toys out of place, pictures sitting slightly crooked, as if having been brushed against. After about 4 hours of all this, it was time to wrap up and let the DSH group do their analysis. We expect to have their full report by the end of the month. We do know that they did pick up EVPs and that they got a name. “Eli”. We don’t know what, if anything, that name has to do with the store.

Activity was unusually quiet for a few days, as if the effort had exhausted all the spirits, both the human and the otherworldly. We were tired, drained and it seemed they were as well. However, a few days after the investigation, something none of us can explain happened. One of our fudge kettles had been left plugged in, but was not turned on, meaning it was not heating, nor churning. Two of our team members heard the light click on and looked over – sure enough it was on. They started to take pictures of it with their cell phone cameras and it clicked off. No one was touching it. They were a good 3 feet away. Our shift leader came upstairs to tell me about it and when I was walking back down with her, the other team member was sitting on the stairs – I told them the story we were told a long time ago, one that has never been corroborated in any way, so may be an urban legend. The story goes that many years ago a little boy loved to ride our mechanical pony, Sunshine. Like he REALLY loved riding Sunshine and when he passed away suddenly, his grieving parents came to the island and secretly sprinkled some of his ashes on Sunshine so that he would always be with what he loved so much.

As the story was being told, our front door, entrance side (glass and heavy) swung open by itself and stayed open about 6 inches the entire time. As soon as the story concluded, the door shut. We were all a solid 25 feet from it. Those doors don’t blow open and hang unless there is extreme wind (tropical storm or hurricane) and there is a vacuum effect from our back door being opened. We all separated and they headed behind the candy counter, while I headed to the stockroom. When I came out, I was told that when I went in the back, the door opened again and hung there. Our shift leader, in a very stern voice said “Shut the door!” and it slammed shut.

It hasn’t opened by itself since.

First of all, WELCOME, to Sweetly Spirited, a blog by the folks behind the magical land of Pony Tails Candy Company on Chincoteague Island off the coast of Virginia. Yes, Virginia has islands. It actually has a peninsula AND islands. Very fancy, we are. Chincoteague is probably most well known for the wild ponies who have inhabited our island for hundreds of years. This herd is carefully and lovingly cared for by our Saltwater Cowboys and members of our Volunteer Fire Department. Have you heard of Misty of Chincoteague? Maybe Stormy, Misty’s Foal?  These are children’s books written by Marguerite Henry, and Chincoteague’s claim to 70 years of fame. The movie was released in 1961 and is shown here on the island every day during the last week of July, which is when the pony penning and annual Pony Swim occurs. We will definitely talk about all the aspects of the Pony Swim as we get further along into posts on this blog.

Secondly, this blog will highlight not only our wonderful island and it’s fantastic history and happenings, but all the fun things, items and candies found at Pony Tails as well as our paranormal experiences. Yes, paranormal. As in, this place, is haunted. With spirits, or ghosts, whichever you prefer to call them. Things, they go bump in the night. We also have random things fly across our surveillance cameras at night, and if you slow the tape down, it looks like Tinkerbell is hosting a slumber party and they are all racing around playing tag. We see orbs of light circling a tree in the back of the property that we believe is the center of the energy – a tree that has been known to illicit heaviness in the chest, as if you cannot take a deep breath and random cases of the chills that can’t be explained by the chilly temperatures required to keep all the chocolate from melting. We have had several employees, both past and present, relate their own experiences with our spirits. We have long time customers who have experienced run ins with the spirits as well. We will be posting their stories. We have had spirits walk through the body of our owner, had random faces appear on camera in the darkest hours of the night and have had more strange noises, things falling off the wall and displays toppled over than we are able to keep track of.  When these displays fall, they fall perfectly, in a way that no human could replicate, and nothing is ever broken. 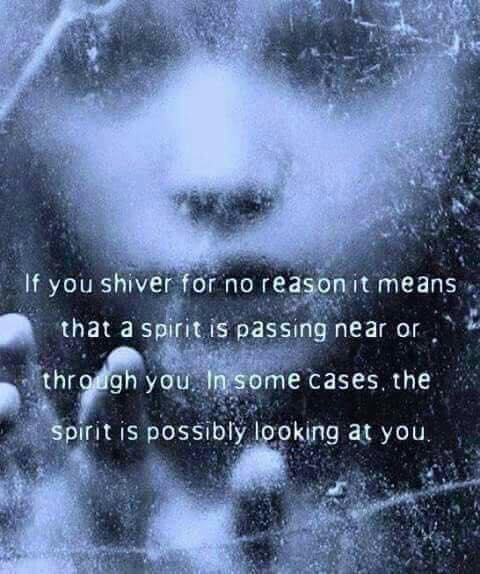 People often ask us if we know who the spirits are.  We don’t. We have our hunches, but it’s not like you can walk up, introduce yourself and have a conversation, at least without a medium here. We are in discussions to have some further research done by some paranormal experts in the off season and it should prove interesting. Until then, we greet the spirits every morning and we say good night to them every evening when we leave, telling them “Good night. We are leaving the store under your watch. Don’t let anyone in and try not to eat all the fudge.”

The latest experience happened two weeks ago today. While upstairs late at night, after closing and with everyone gone, I (the general manager) was taking advantage of the quiet and cranking away on some work. All of a sudden, I heard (and felt) the back door of the store slam. I figured it was an employee coming back in for something they forgot. I quickly turned on the monitoring software for our surveillance cameras and checked out the store, inside and out, and found nothing. So I went back to work. Then I heard voices and movement downstairs. I don’t get spooked easily, as I think this ghosty stuff is quite fun. Not so much this time. I had to call our boys in blue to come check it out because there was NO WAY I was going to venture downstairs if an actual human was in the shop.  I was spooked for 4 days. OK – 2 weeks. I’ve been spooked for 2 weeks. Yikes!

That’s just one tale of creepiness, we have so many more!  Subscribe to get alerted to new blog posts and please share your thoughts and questions in the comments! Thanks for reading and stay tuned for news of fabulous fudge, cool candies, terrific taffy, precious ponies and our ghastly ghosts!